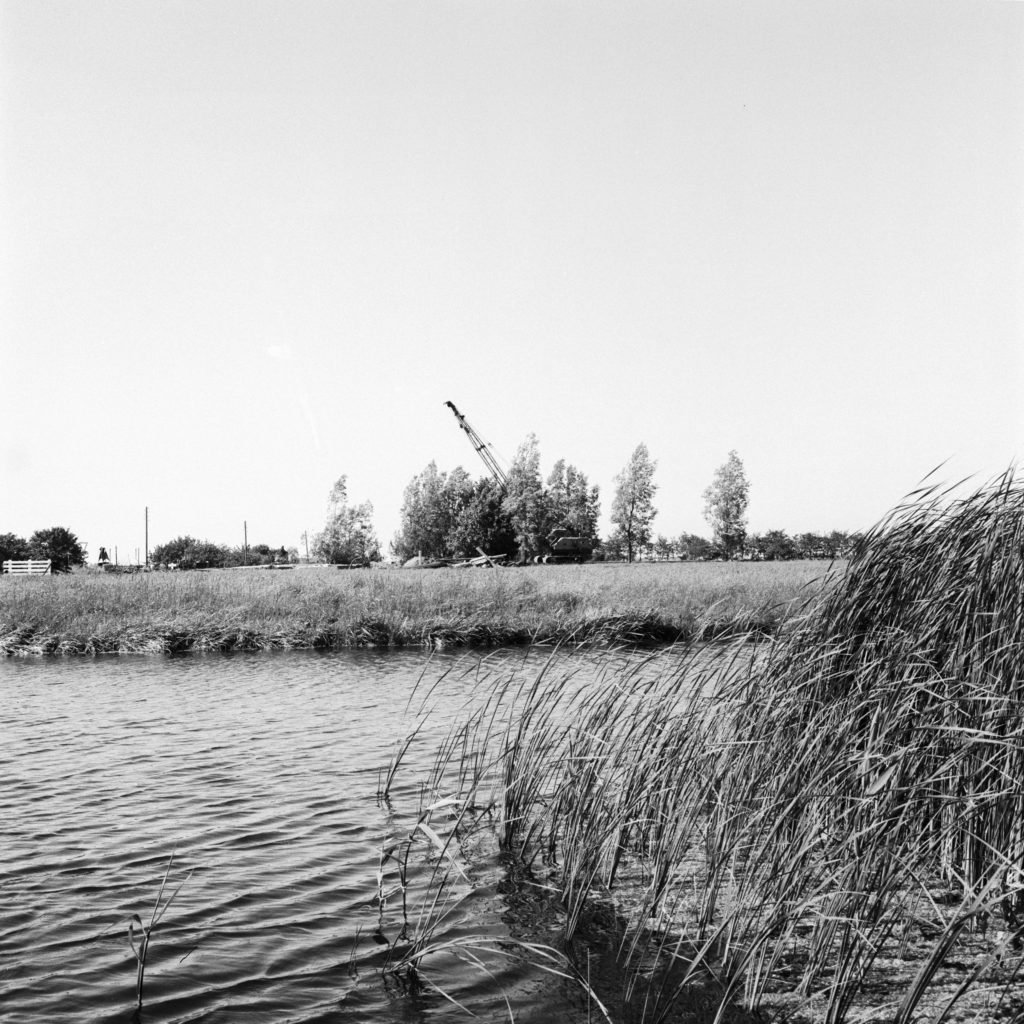 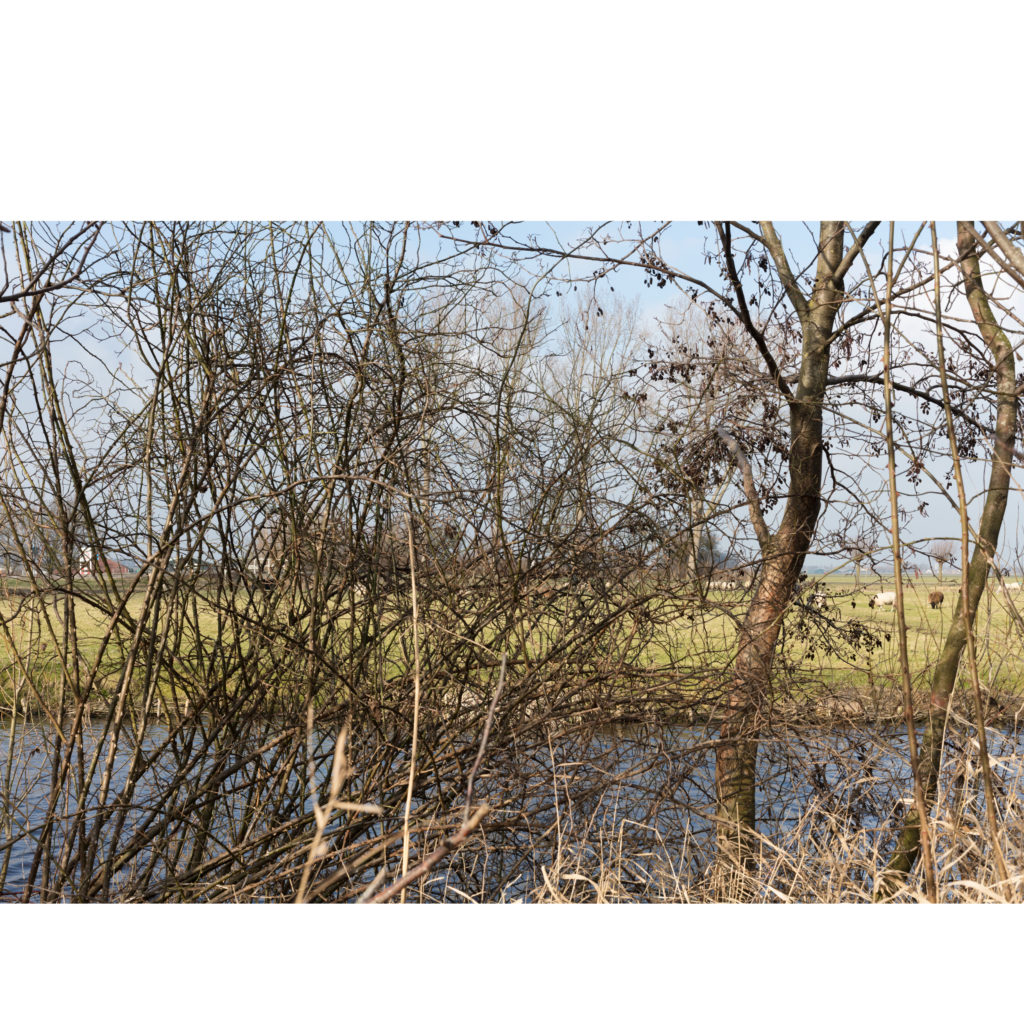 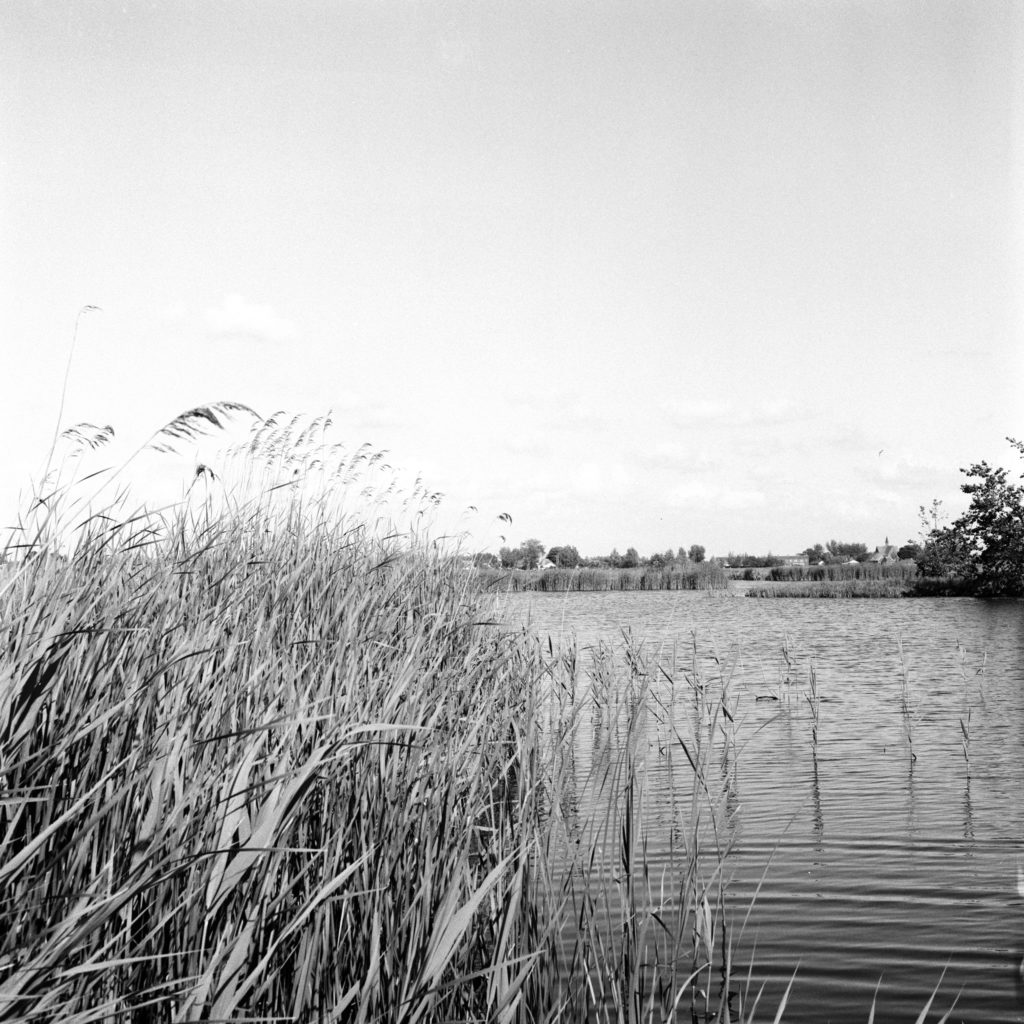 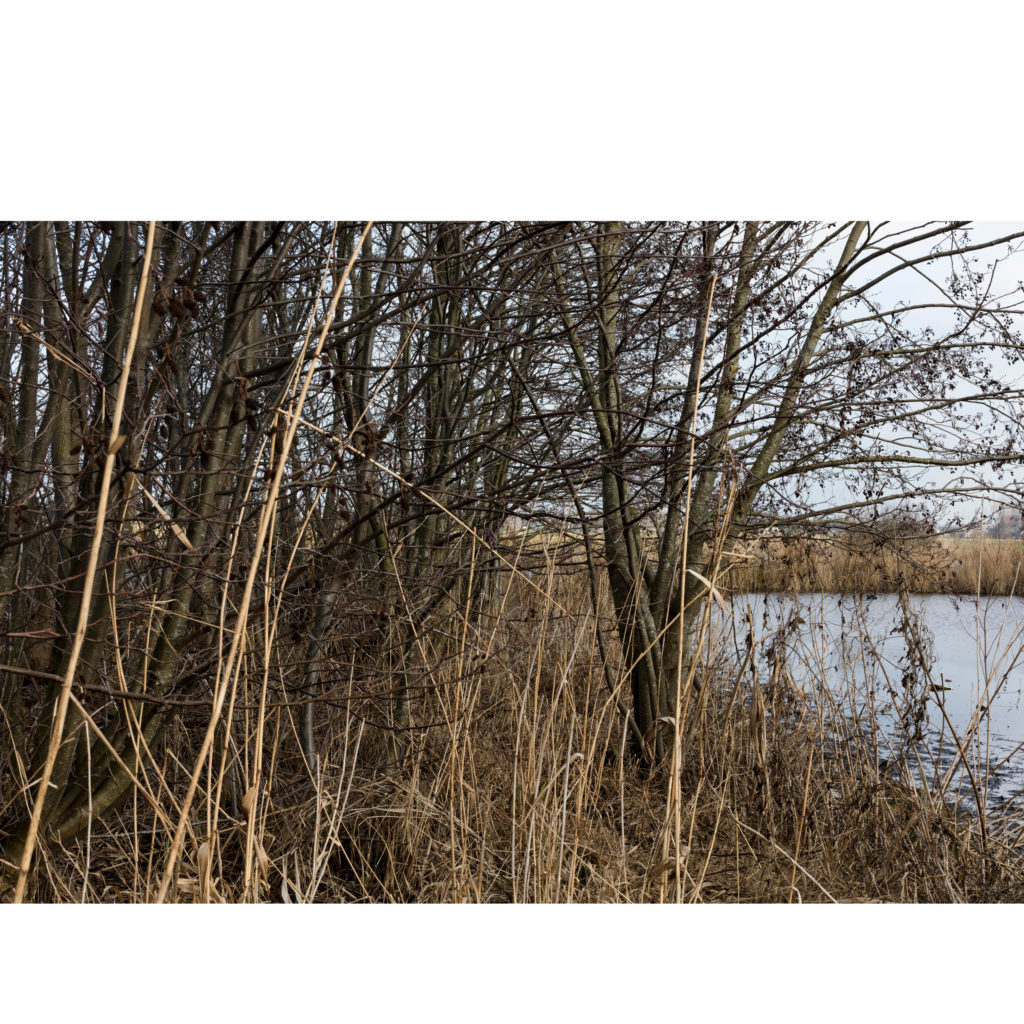 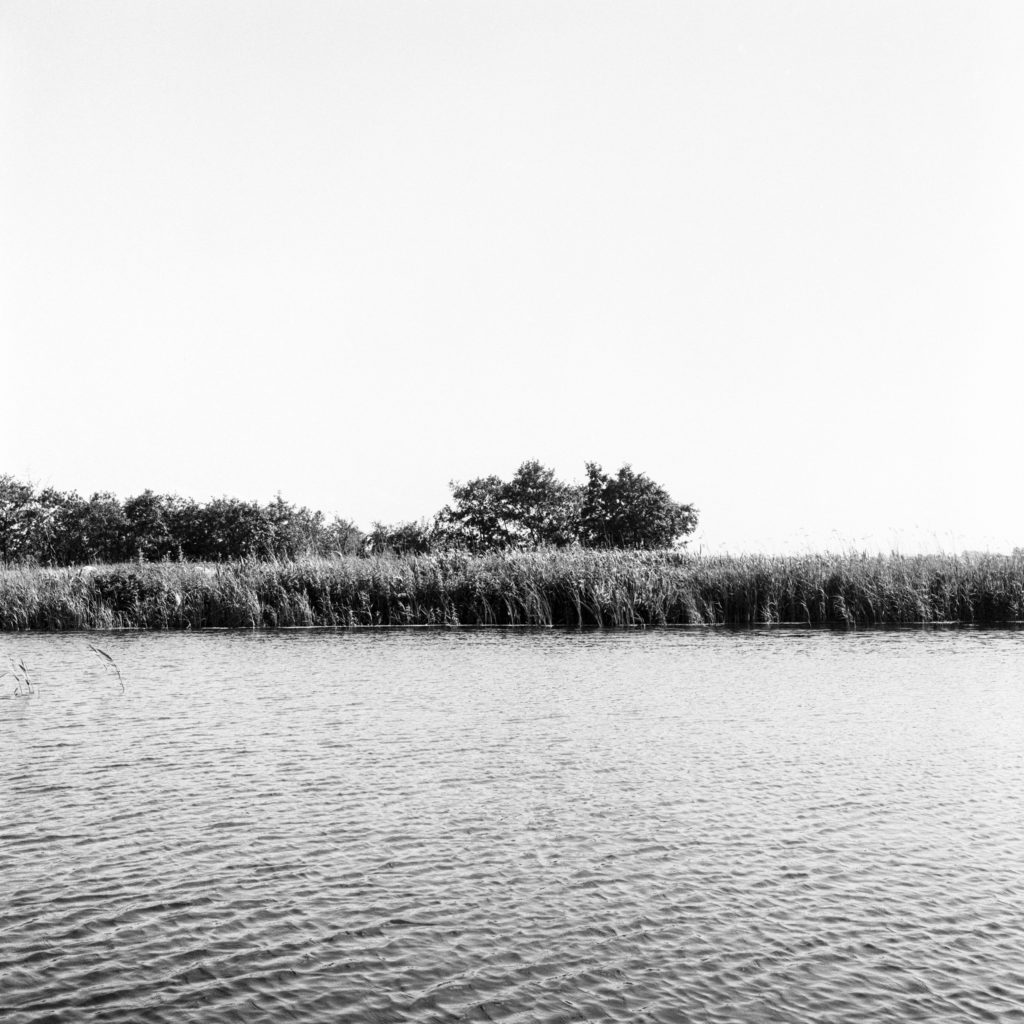 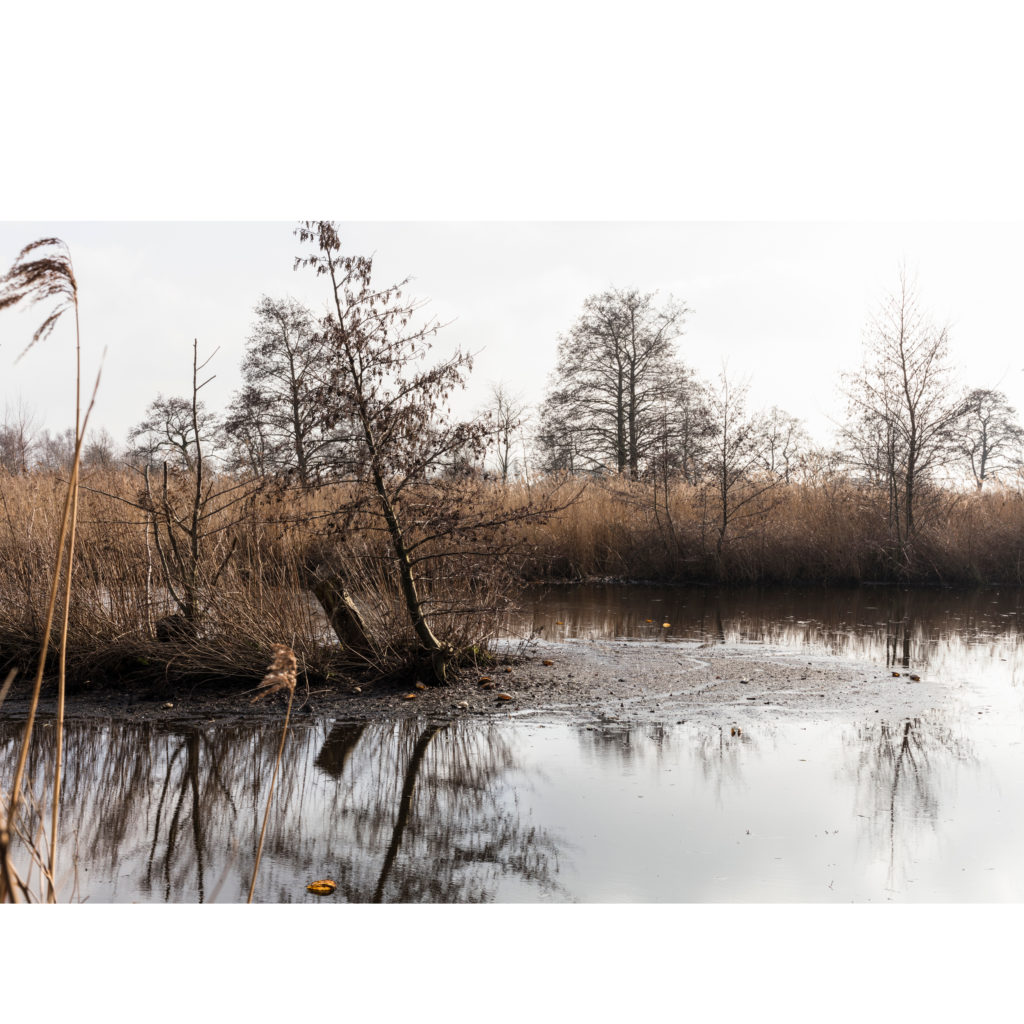 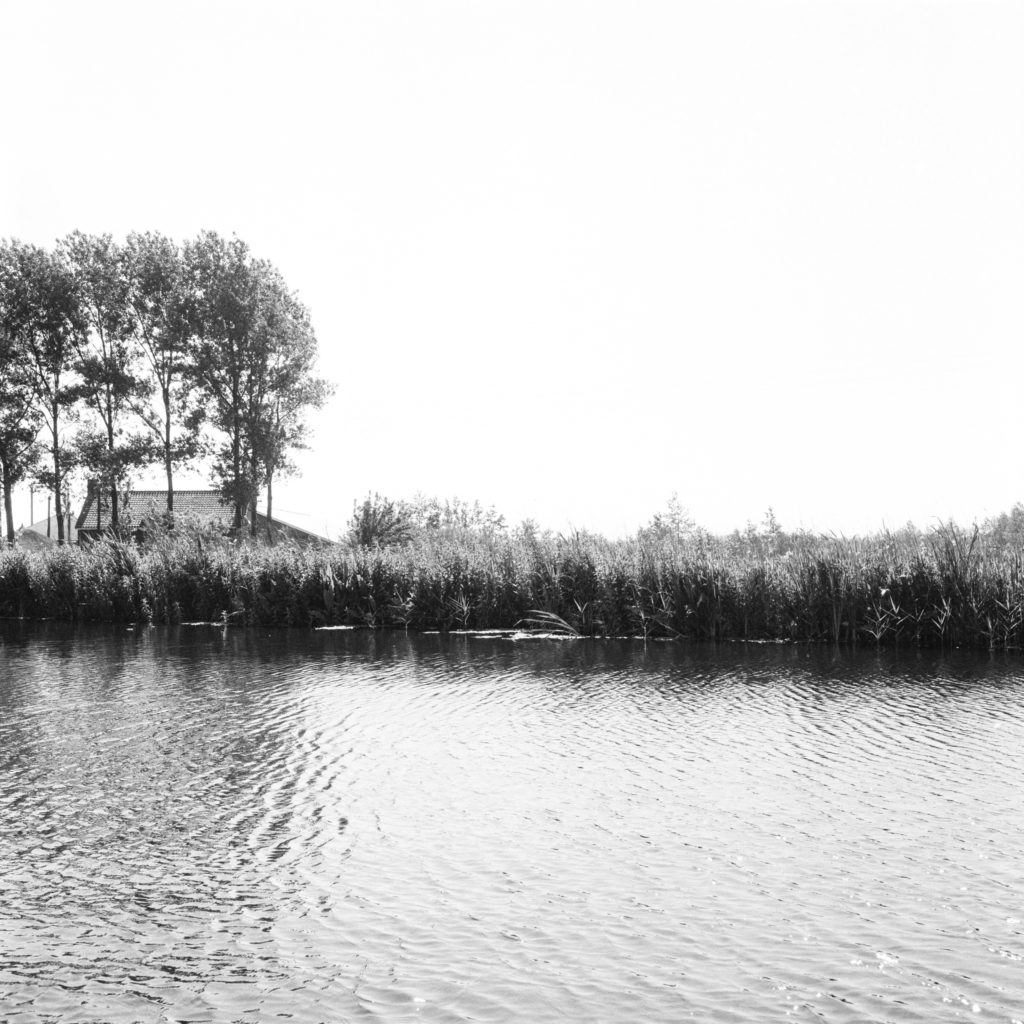 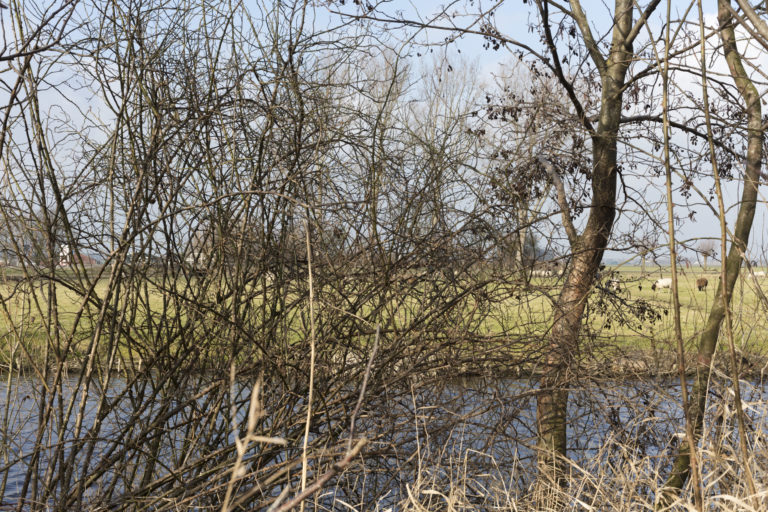 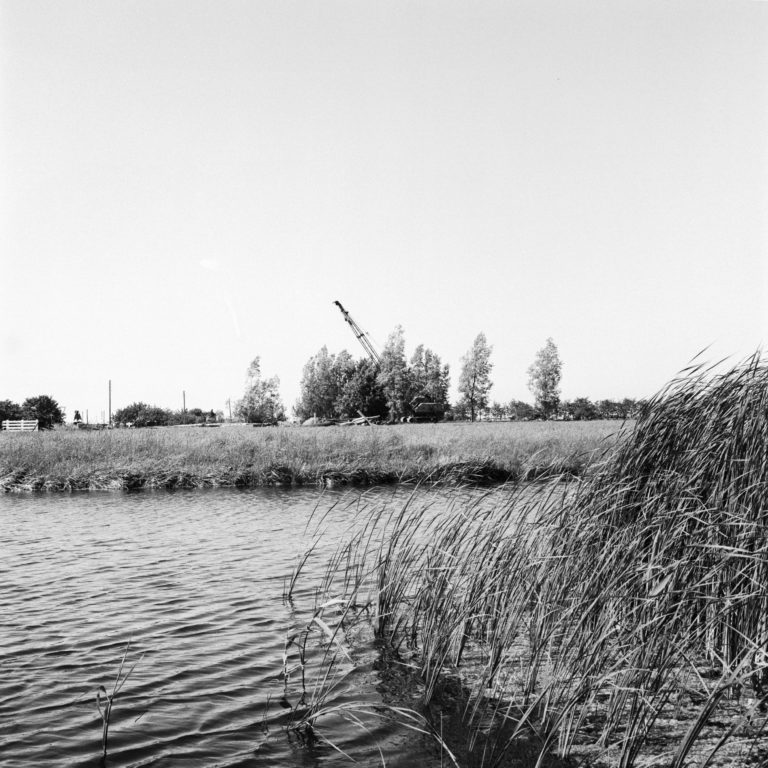 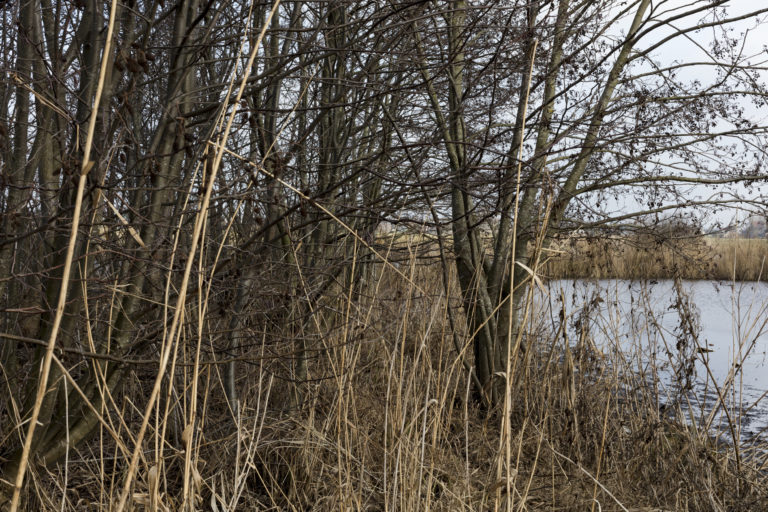 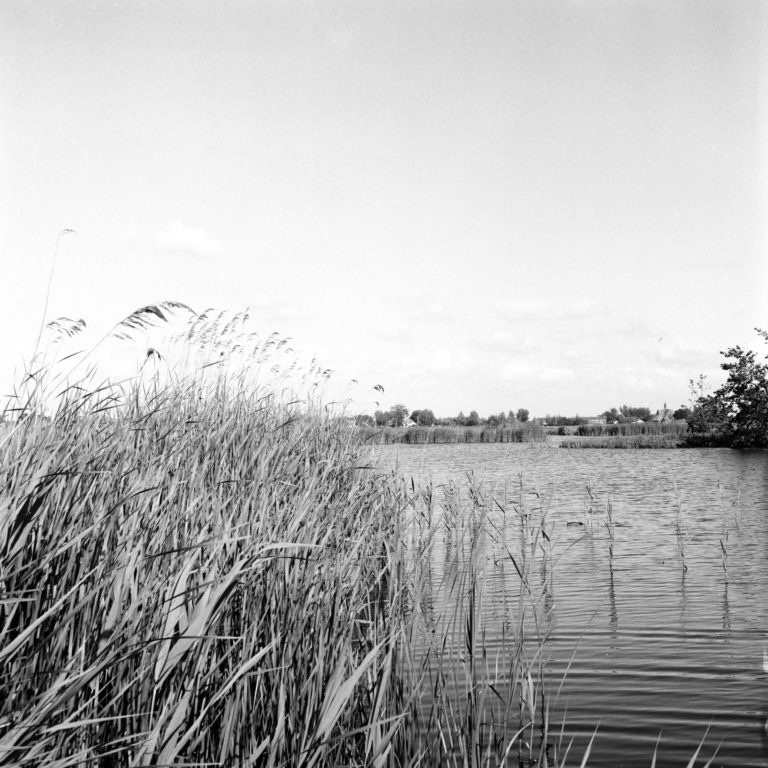 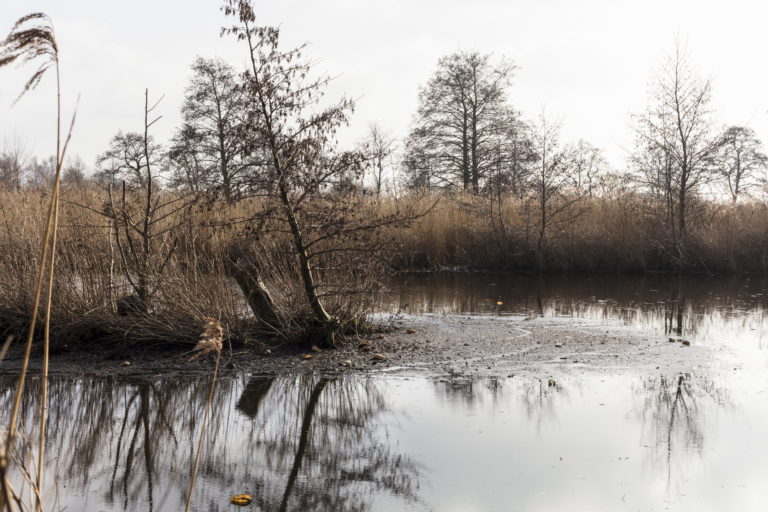 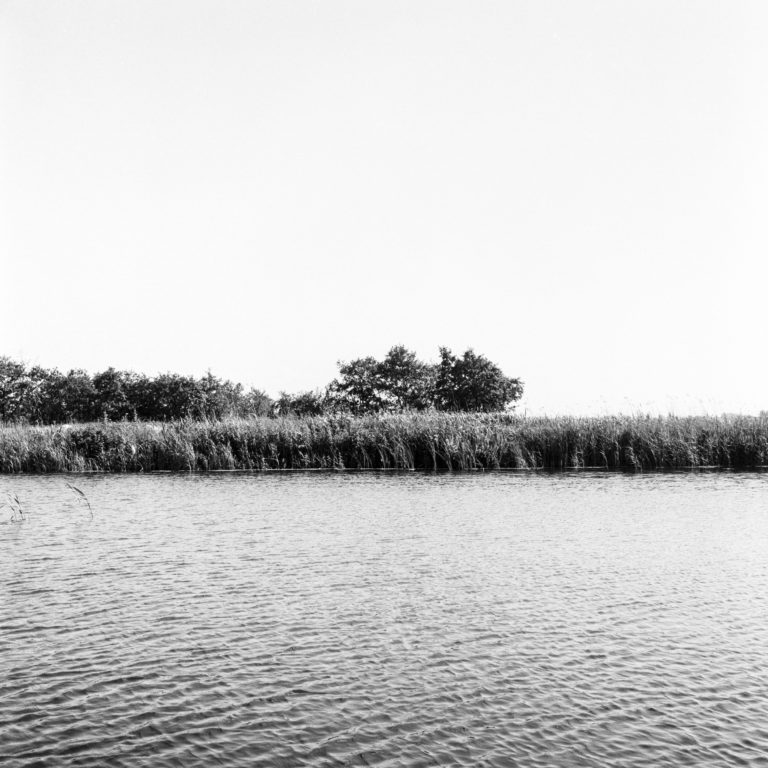 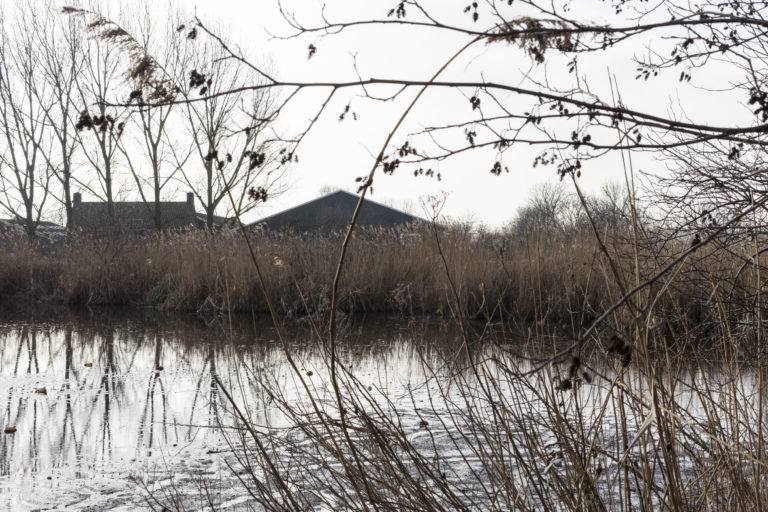 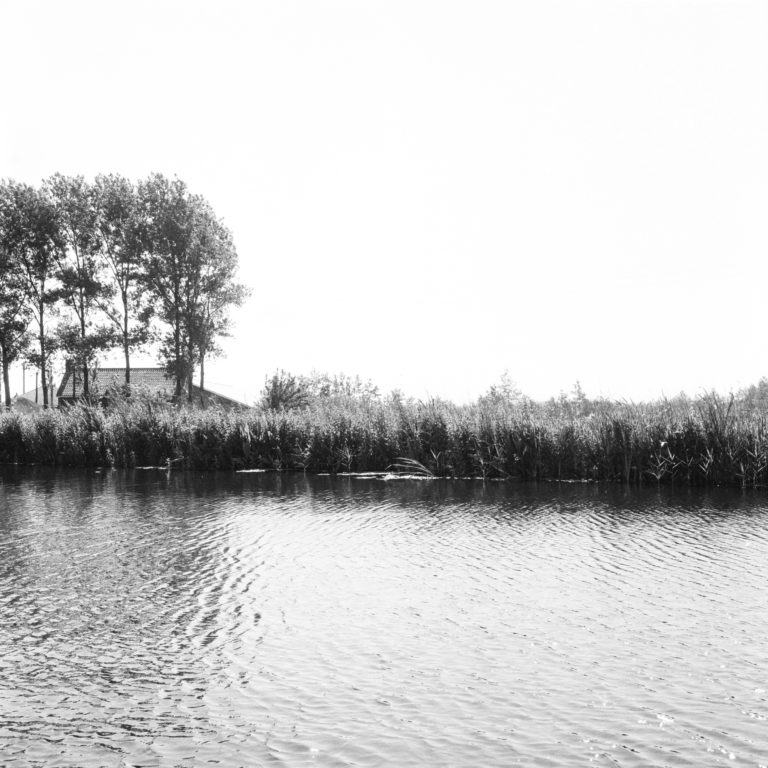 In Uithoorn, I find myself on an island that is accessible by rubber dinghy. The small lake where the island is located is a little, hilly nature area, ‘het veenwater’. In the water, I see shells lying which I think are freshwater mussels. The farm in the west still belongs to the same family as it did in 1974. The son has since taken over the business. He was born here in 1960. In 1974, there were 90 dairy cows and 30 breeding sows on the farm. That has now grown to 110 dairy cows and no sow but there are now 1,600 pigs. According to the farmer, a lot has changed in the last 40 years. There are still farms on the dike, but animals are not often kept there anymore. There used to be 18 farms with animals; now, there are just 4.