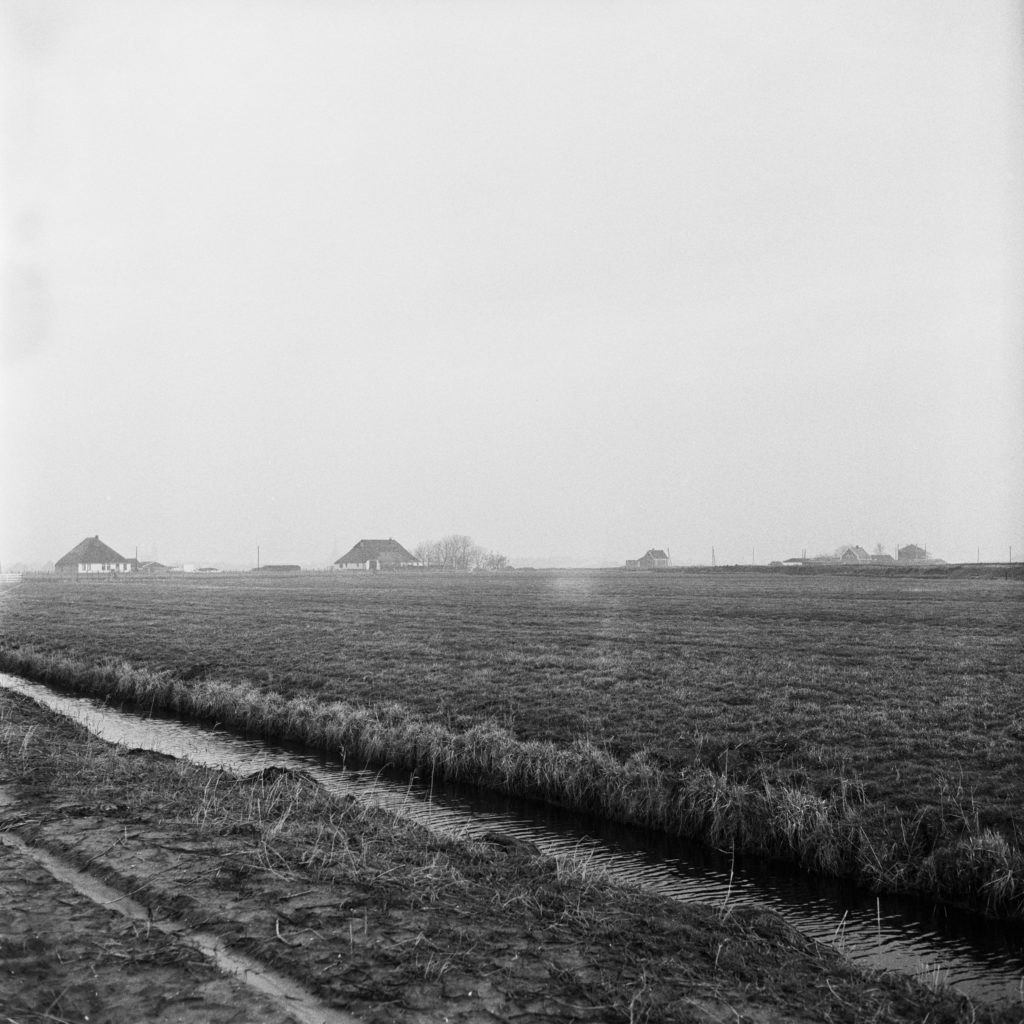 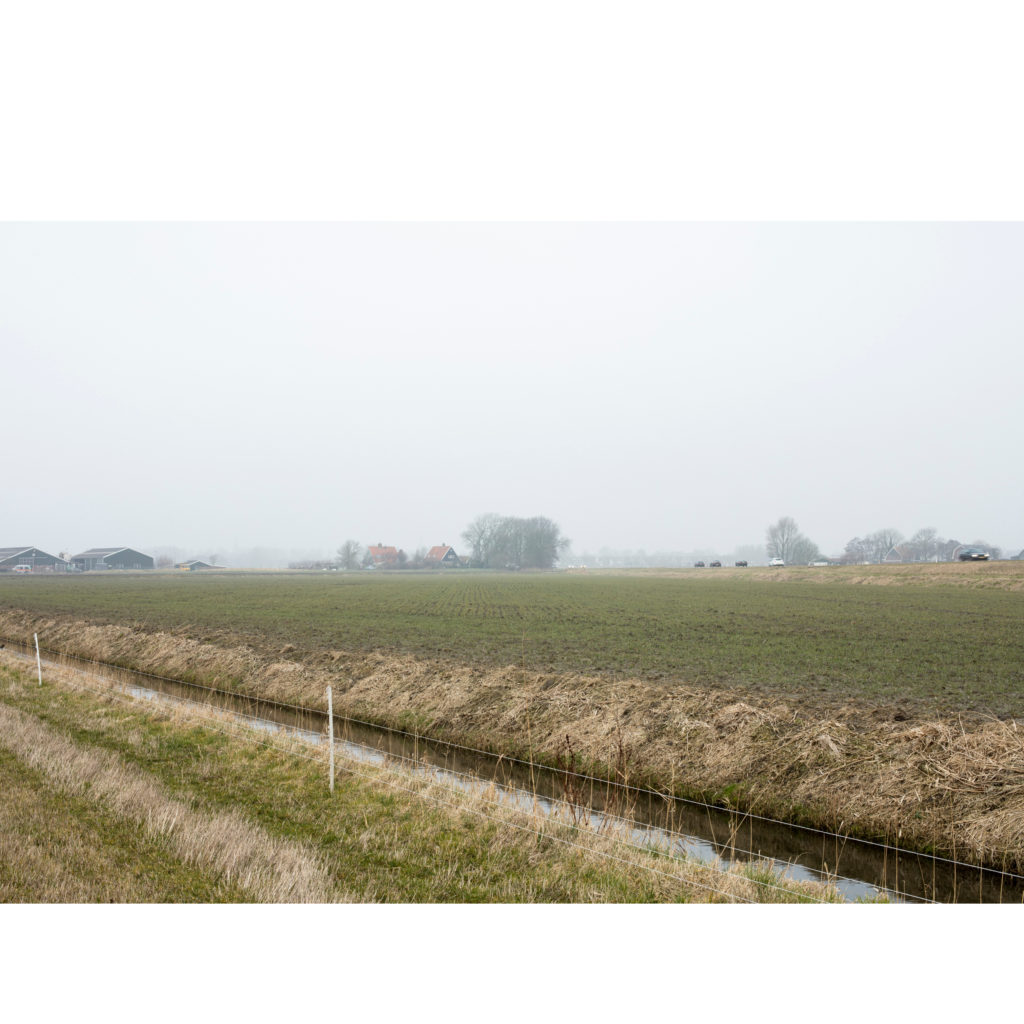 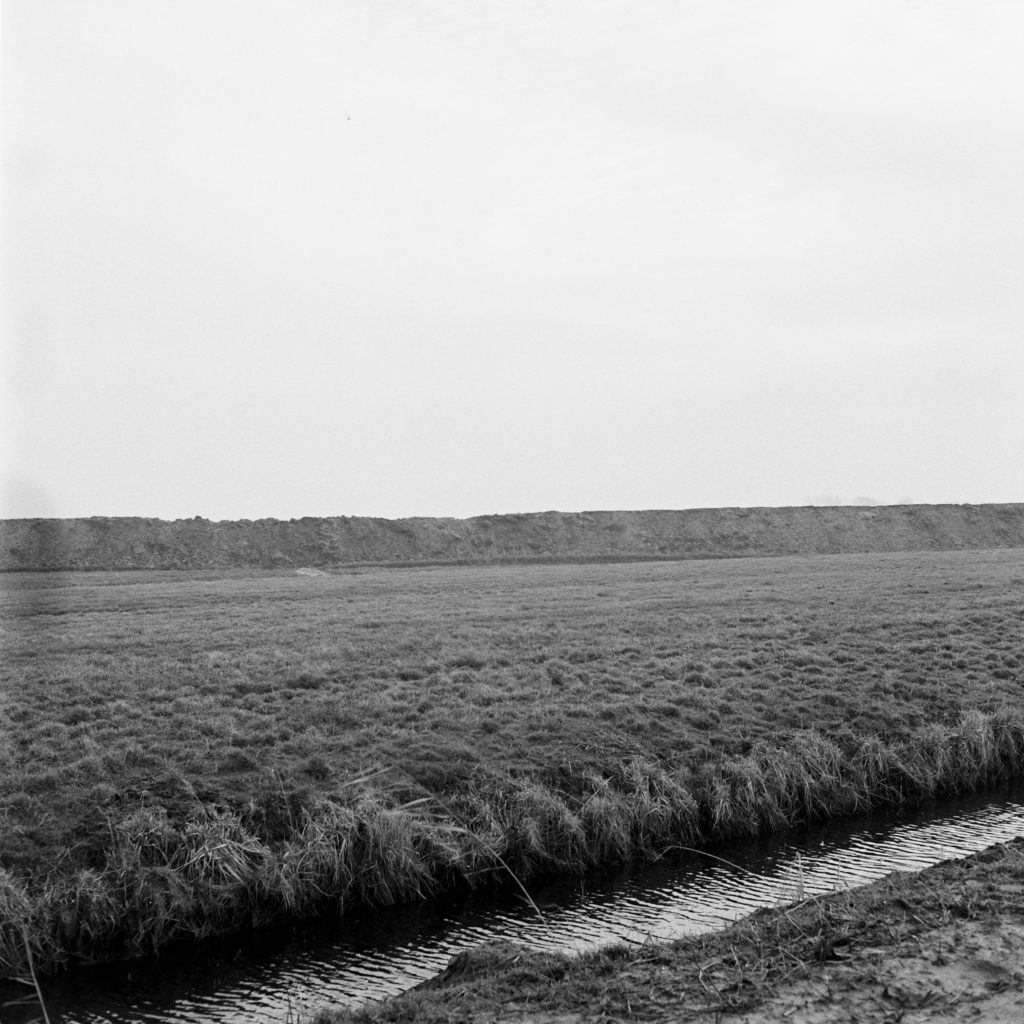 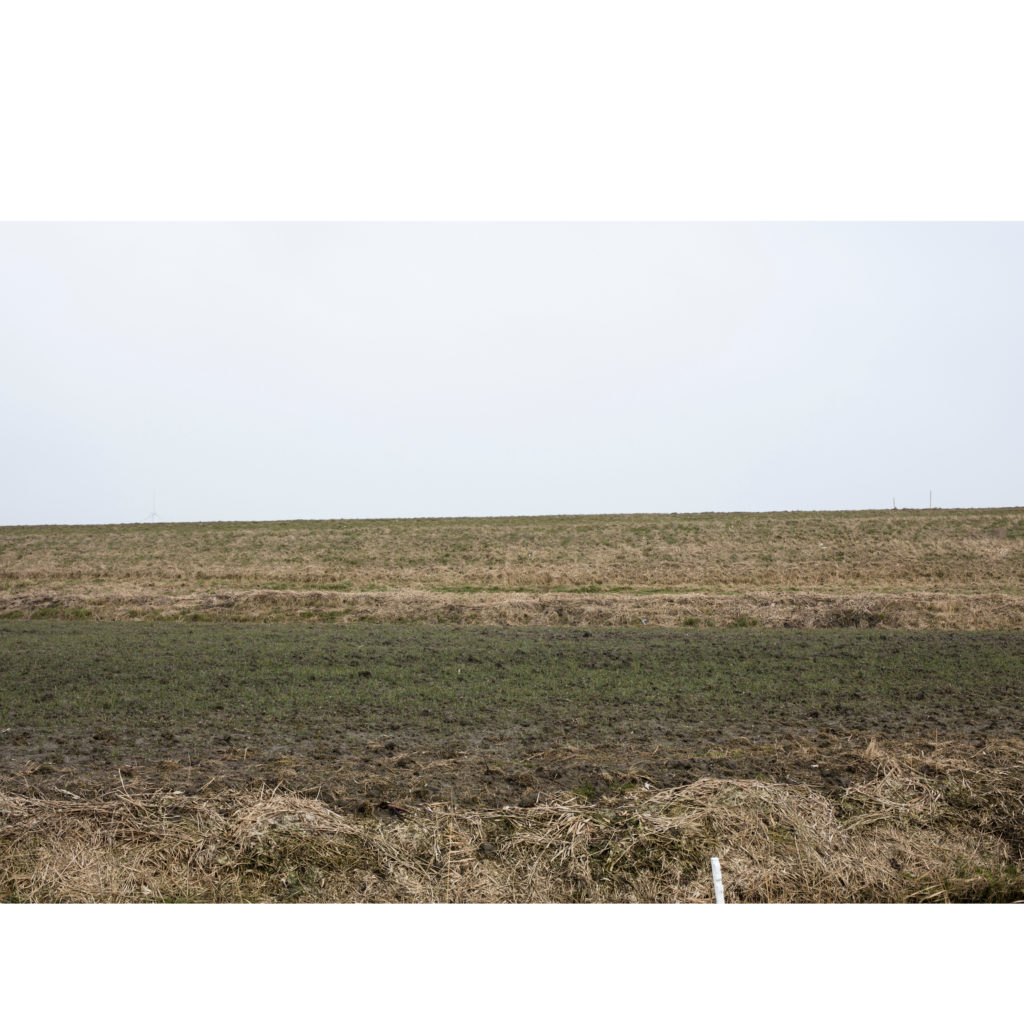 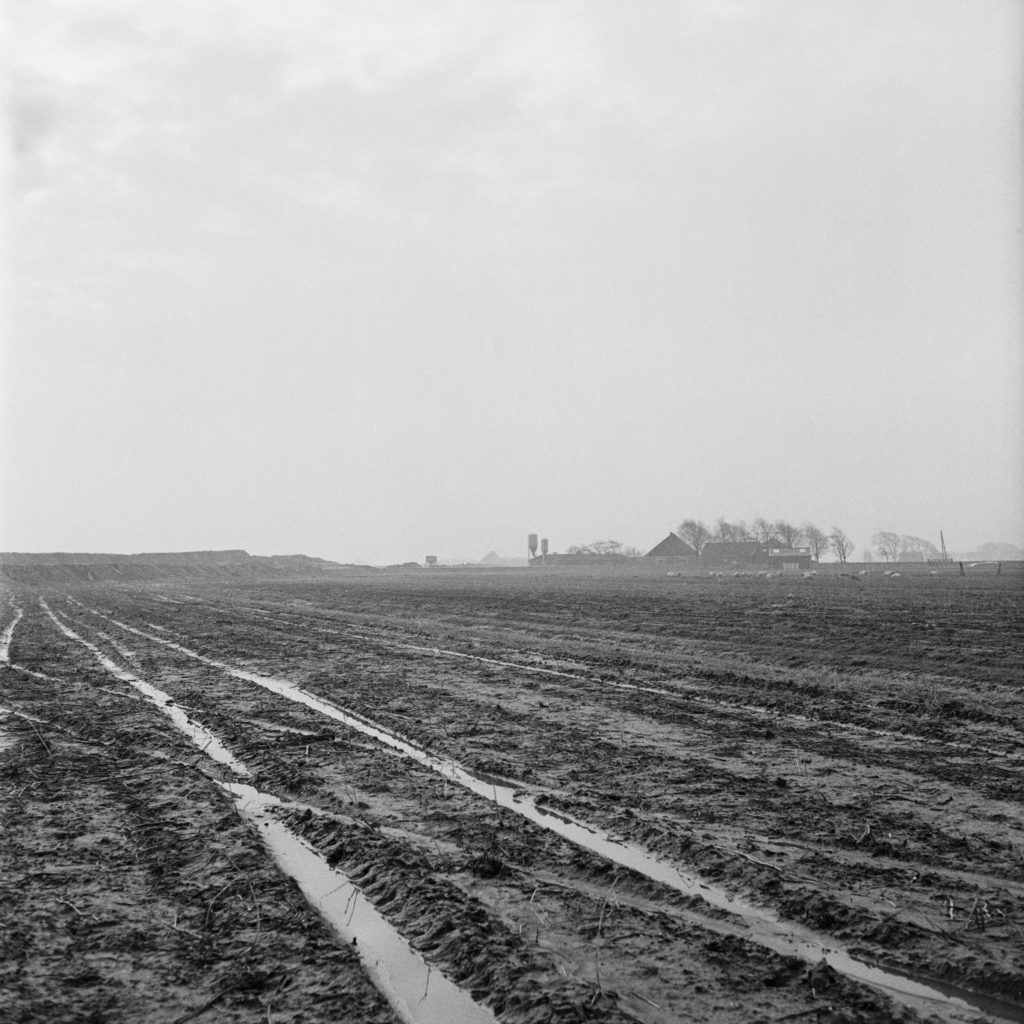 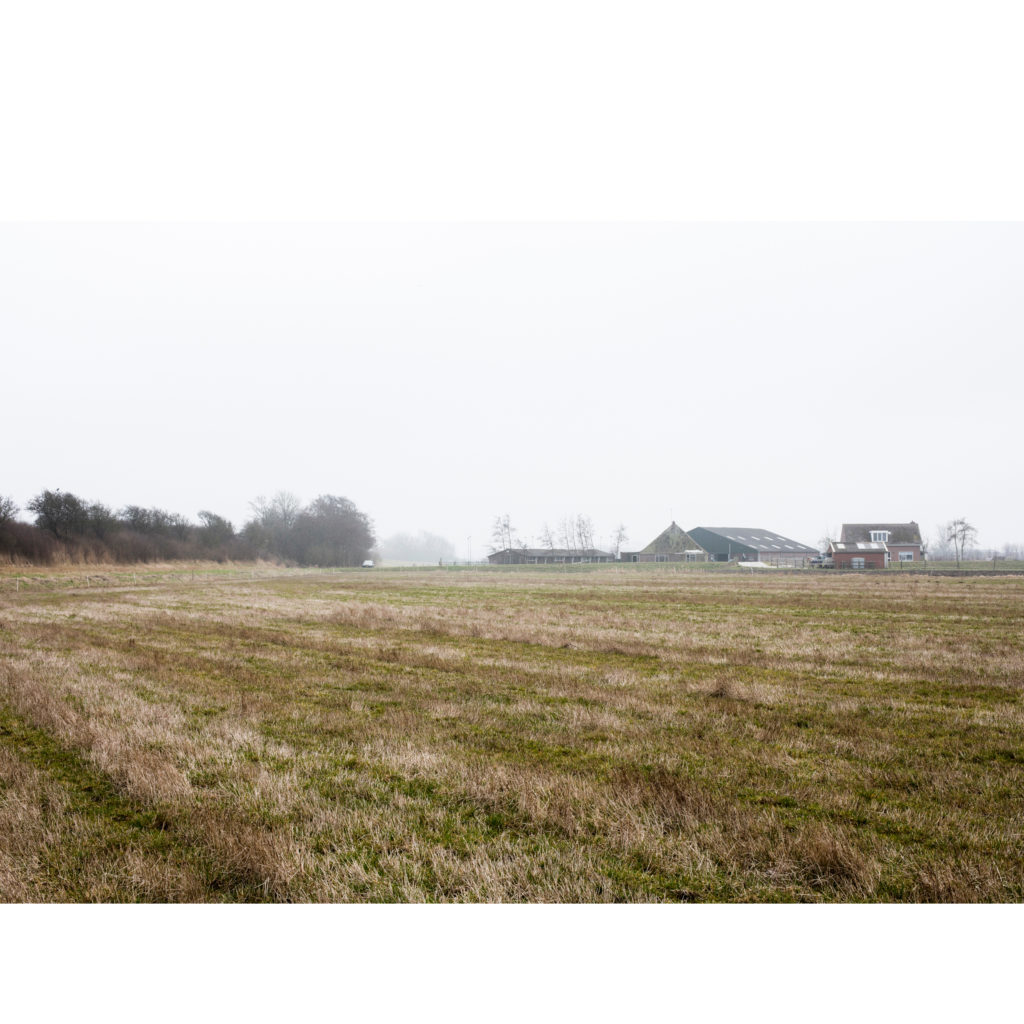 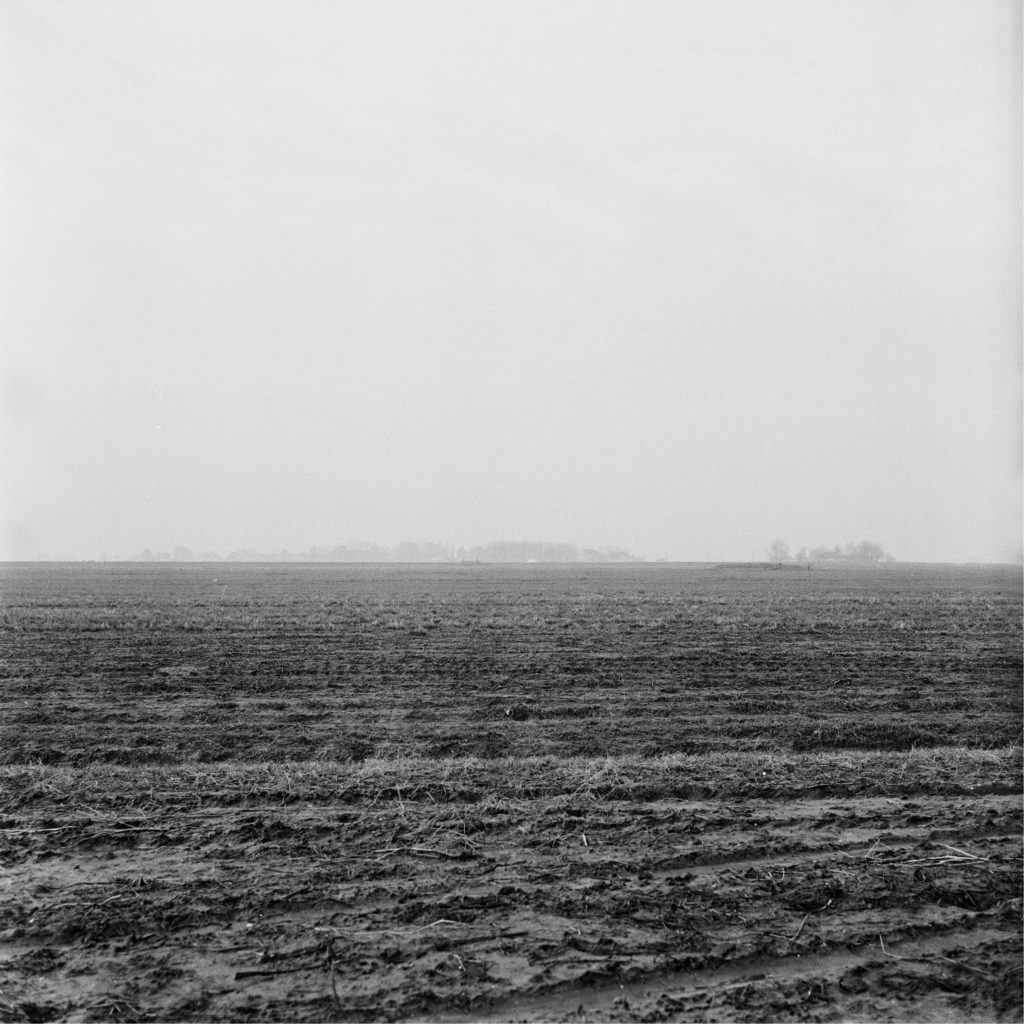 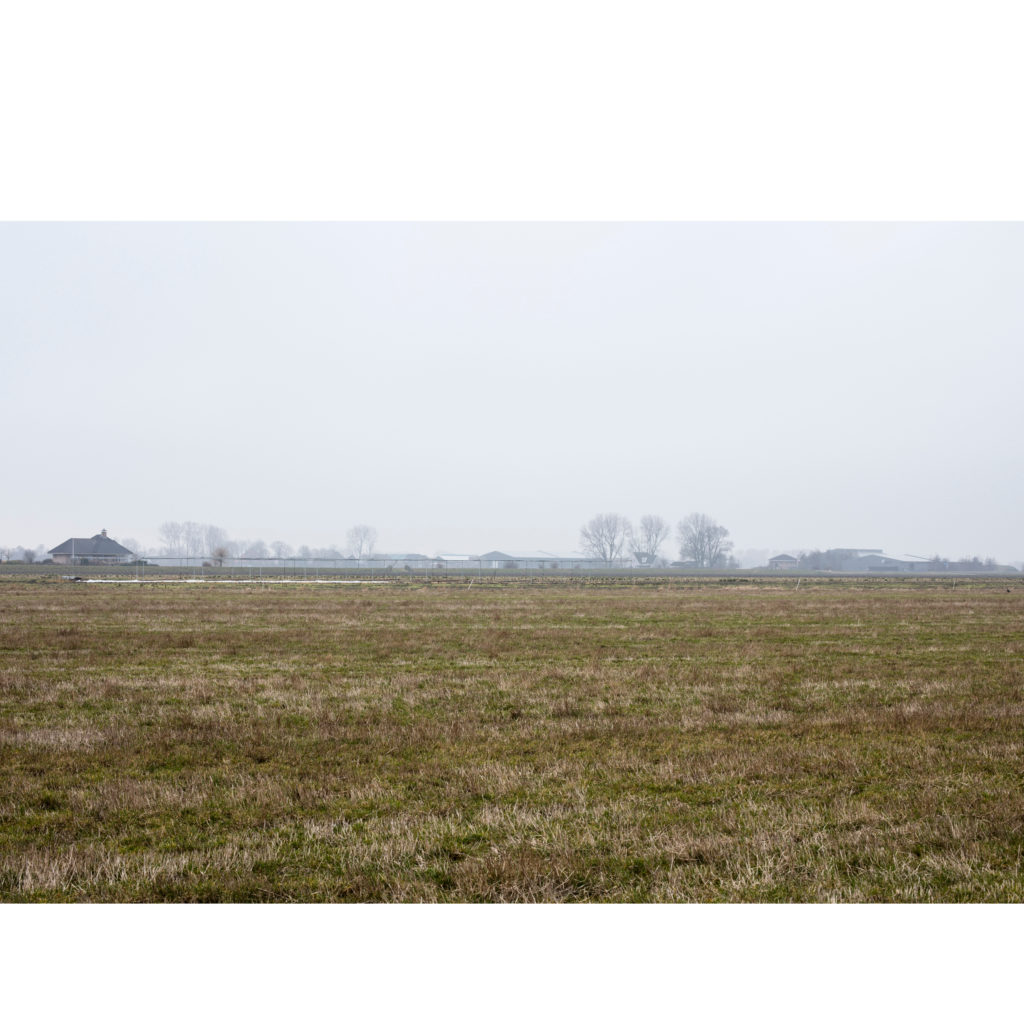 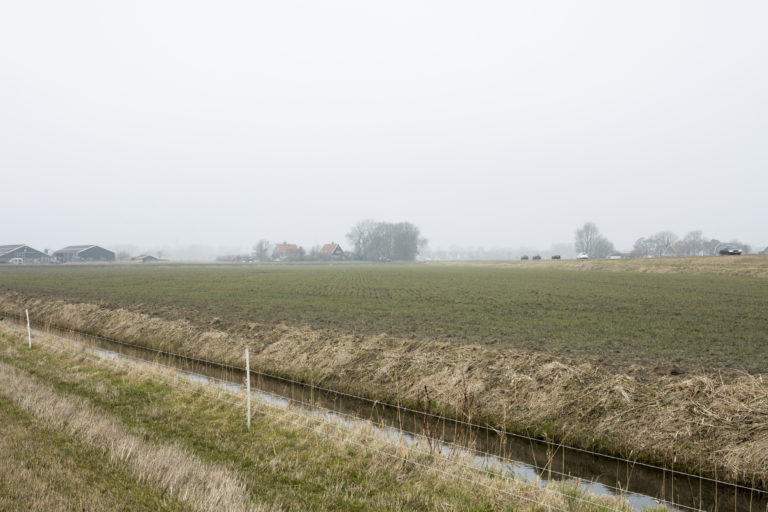 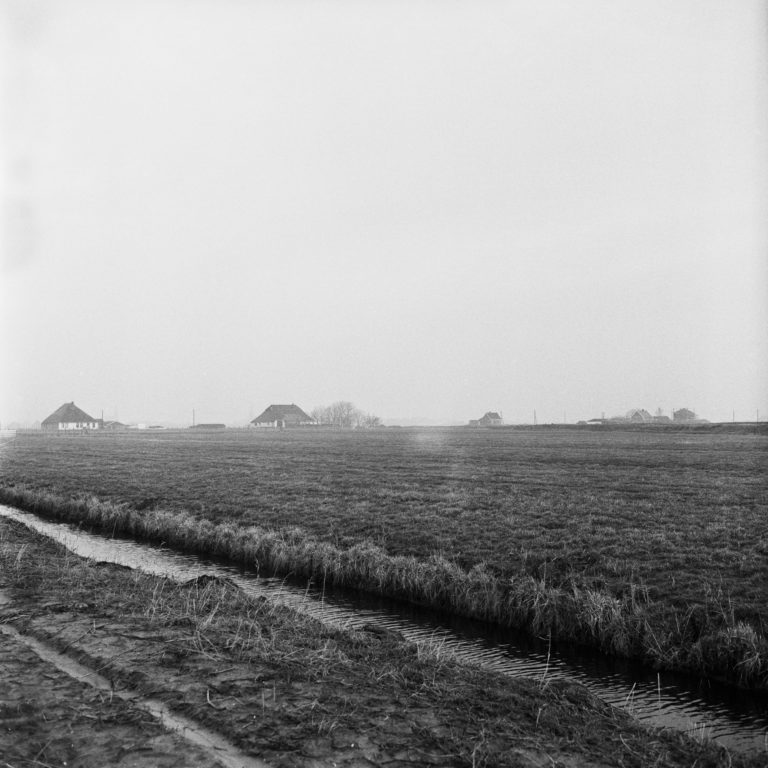 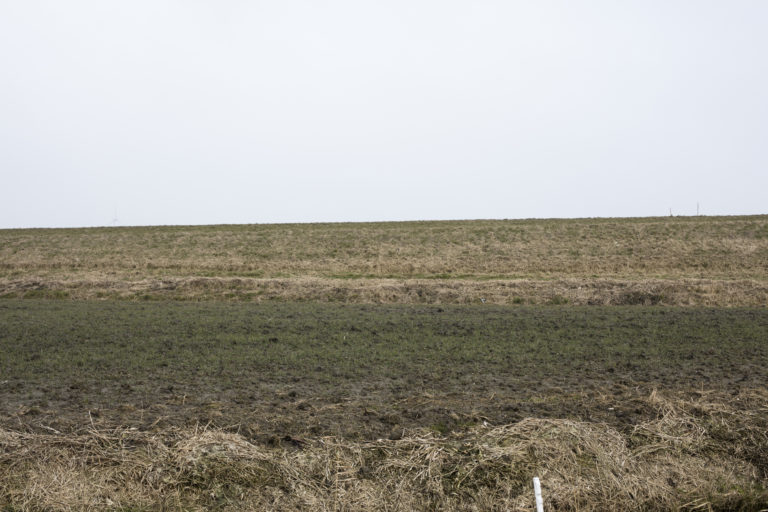 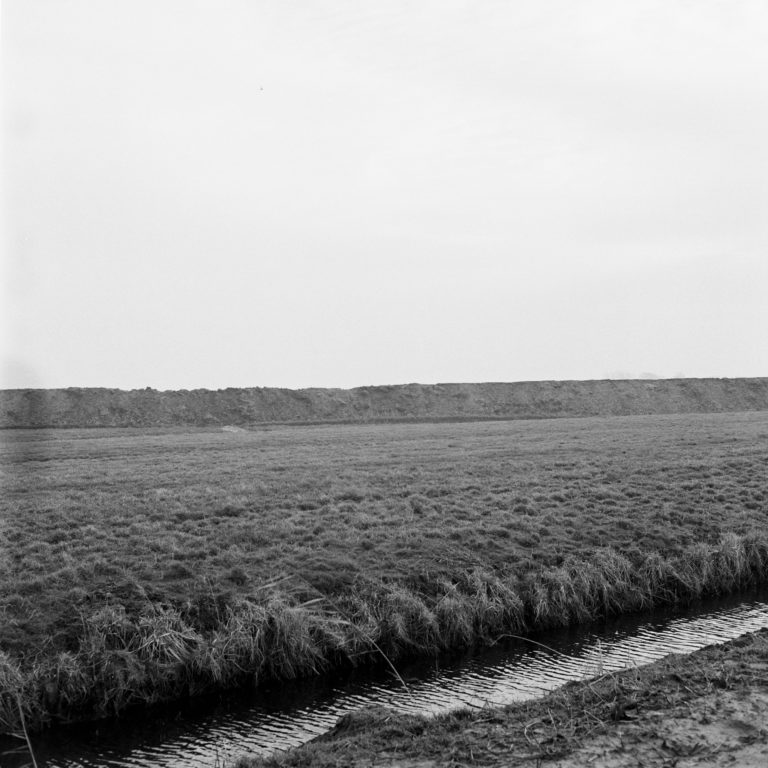 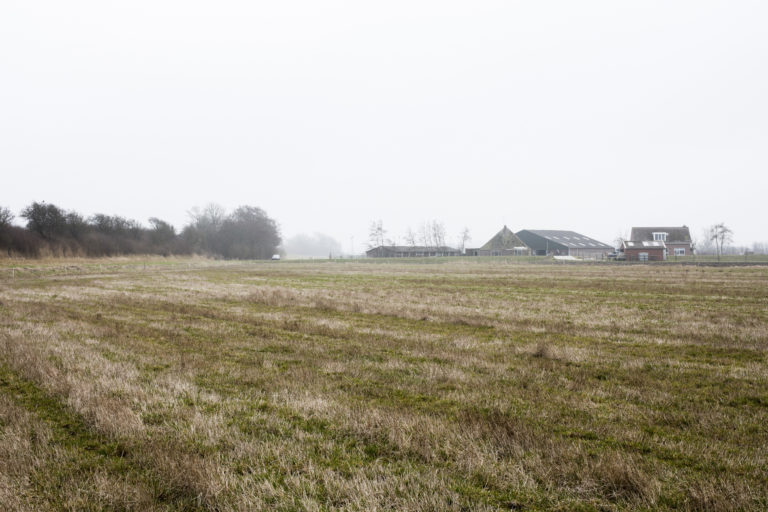 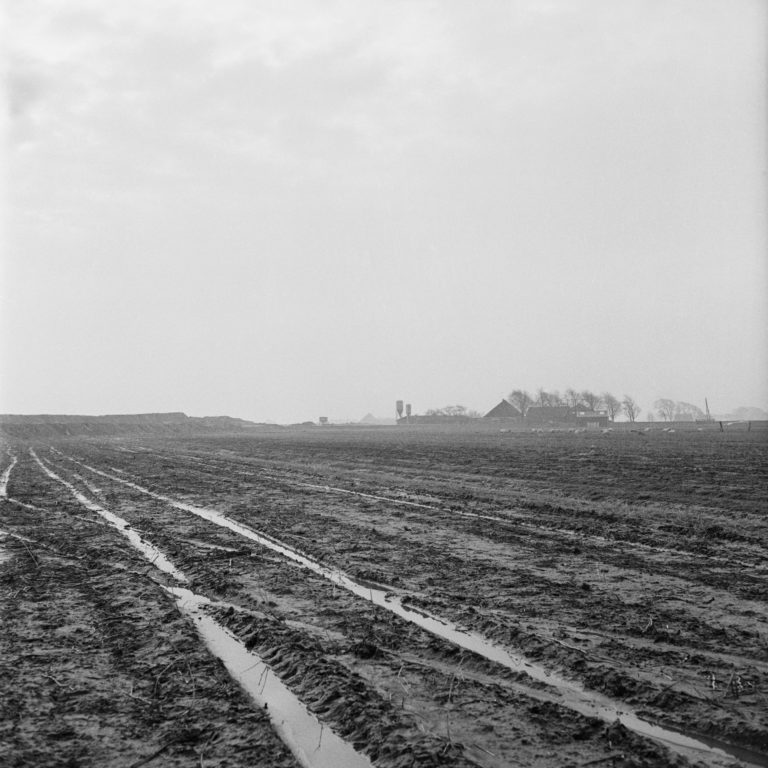 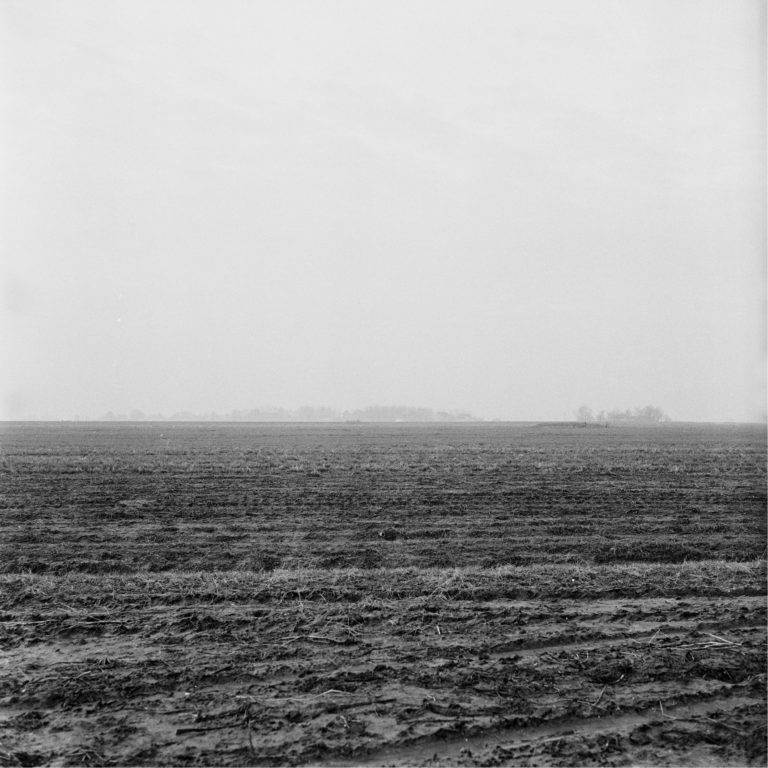 In 1974, at Schagen, we can see the construction of what is now the Westerweg to the east of the photo. Now, there are cars rushing over the same road. Boer Zwaan, who lives in the house on the Tolkerdijk, on the south-photo, told me that cows graze in the field where the coordinates are located. The land next to this field he rents out to different companies; this year, there will be tulips on it for the first time. Mr. Zwaan has lived here all his life as the farm used to belong to his parents. The hut with the easily identified triangle-shaped roof can be seen in the south of the photograph in both 1974 and 2017. But one looks at the most recent photograph more closely, we can see that the barn is no more than a skeleton. If they want to build a new one, a renovating permit is cheaper than a permit to build a completely new barn so, for now, it’s best to leave the building as it is.

“Some farmers say it’s best to warm a barn,” Mr Zwaan adds. It takes a while before I understand that this means burning the barn down. Then he points to the north. The two white farms that stood there were burned down in the 1980s. The story goes that the accountant was visiting the farm that day, but no one looked at any paperwork. Instead, the farmer and his bookkeeper were sitting at the window with binoculars, hooked on the small-scale drama.