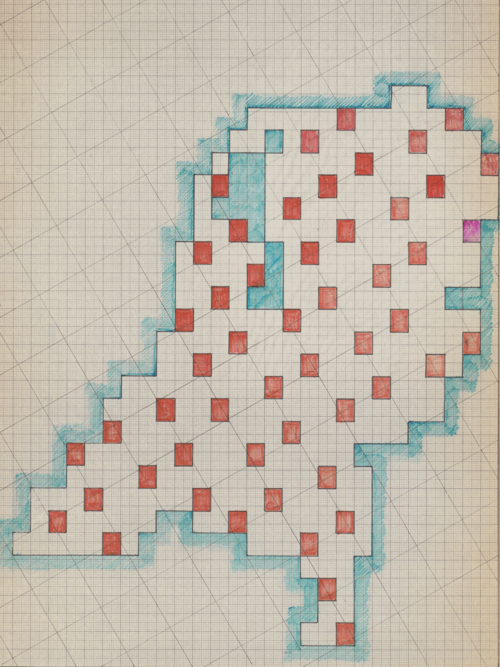 The original Map as drawn by Reinjan

Throughout the last century, many photographers have tried to answer this question. They travelled across the country in search of typical Dutch scenes: dikes, windmills, fruit orchards, waterworks, harbours, the political ‘Binnenhof’ in The Hague or the canal rings of Amsterdam.

But they never managed to escape bias. Even though photography has often been thought of as the perfect medium to portray reality objectively, the personal preference of the photographer was always revealed in the pictures taken, whether consciously or subconsciously done. Sometimes the photographer might have preferred a particular image or sometimes he may have chosen a specific composition to paint a more beautiful reality. Perhaps he did not know what made up a true Dutch scene and thus, just trusted his intuition or taste. Yet, is photography not also an artform? Therefore, a photographer is also an artist and should… or even must show his personality, his character and his taste in the work. All the while, it was the real Dutch landscape that lacked proper representation; no one really knew what it was anymore.

Between 1972 and 1974, Reinjan Mulder tried to change this. Commissioned by the former Ministry of Culture, Recreation and Social Work (CRM), he completed a photo project where he ignored factors such as preference or good taste. He made photos ‘ad random’, across the whole of the Netherlands, without paying attention to what he thought was beautiful, characteristic or easily accessible. He developed a method to choose his locations; he lay a co-ordinate grid over the map of the Netherlands that was issued by the National Topographic Service. It was to those points that he travelled over a period of roughly three months. When there, with the help of a compass, he photographed with his Rolleiflex and form all directions (north, east, south, west), only seeing the results at home.

The result was a catalogue of 208 images which showed an ‘objective’ and varied Dutch landscape. Looking at these pictures, you may find yourself in urban areas or sometimes on water, but for the most part, the images were panoramic landscapes with few traces of human activity on the horizon.

Although the project was paid for by the Ministry of Culture, Mulder’s project went virtually unnoticed until 2014 when the Rijksmuseum in Amsterdam stumbled across it and decided the results were of sufficient enough interest to display. All 208 images were exhibited in 2016 and a book was published containing the photographs which are now recognised as historical documents.

Whilst at the Rijksmuseum, the project came to the attention of Berno Strootman, Chief Government Advisor for Physical Living-Environment and, following a consultation with Mulder, he began a second experiment. Due to Mulder’s scientific-like approach, Strootman thought the project was ideal for monitoring changes in the landscape. The question could now be asked: what had changed in the Dutch landscape in 43 years since the original project? Strootman then commissioned young photographer Cleo Wächter to revisit all Mulder’s locations, capturing images of how they look now, ideally using a more contemporary approach, to challenge Reinjan’s idea of what it means to be objective.

Using Google Maps and a compass, Cleo Wächter sought to document the changes in the landscape since 1974. At first glance, some of these changes do not appear to be too dramatic. The windmills still exist, as do the small farms on the horizon. However, the windmills are now of a different type and some farms have begun to fall into ruins. In some cases, much more has changed. In fact, even if there has only been a tiny change, something had altered at every location and it is up to the viewer to figure out what.

The results of this ‘re-photography’ project can now be seen on this website. In the fall of 2018, the publishers Nai010 will publish a comprehensive photobook on the project, including explanations and comments from several Dutch experts.

Better than ever before, the project of Objective Netherlands highlights how much land and water there used to be in the Netherlands and how much there is now. It demonstrates how much the forestry has changed in those 43 years as well as how much space is being taken up by roads and buildings.

In reality (‘objectively’), there are, for example, less houses than many Dutch people would think that there are. The landscape is probably also emptier and even flatter than we would expect. Also, many think that there is hardly any nature in our country or that the Netherlands is ‘full’; looking at the photographs, these misconceptions can now be addressed.

At the same time, compared to 43 years ago, there are very few people in the photographs. But everywhere, whether it’s north, south, east or west, visible traces of human presence can be seen: ploughed fields, sheds, trees neatly lined up, trenches and fencing. Sometimes, there is clearly a house, a maintained farm or a solid piece of dike. Or we see how, here and there, a dike has been raised and how a brand-new housing estate has sometimes been established at the site of a former pasture.

The book that Reinjan Mulder published in 2016, ‘Objectief Nederland’, can still be bought or ordered from the Rijksmuseum and every good bookstore. 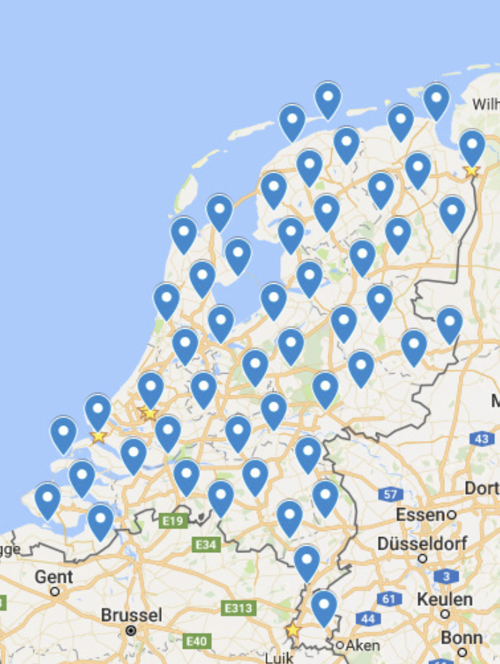 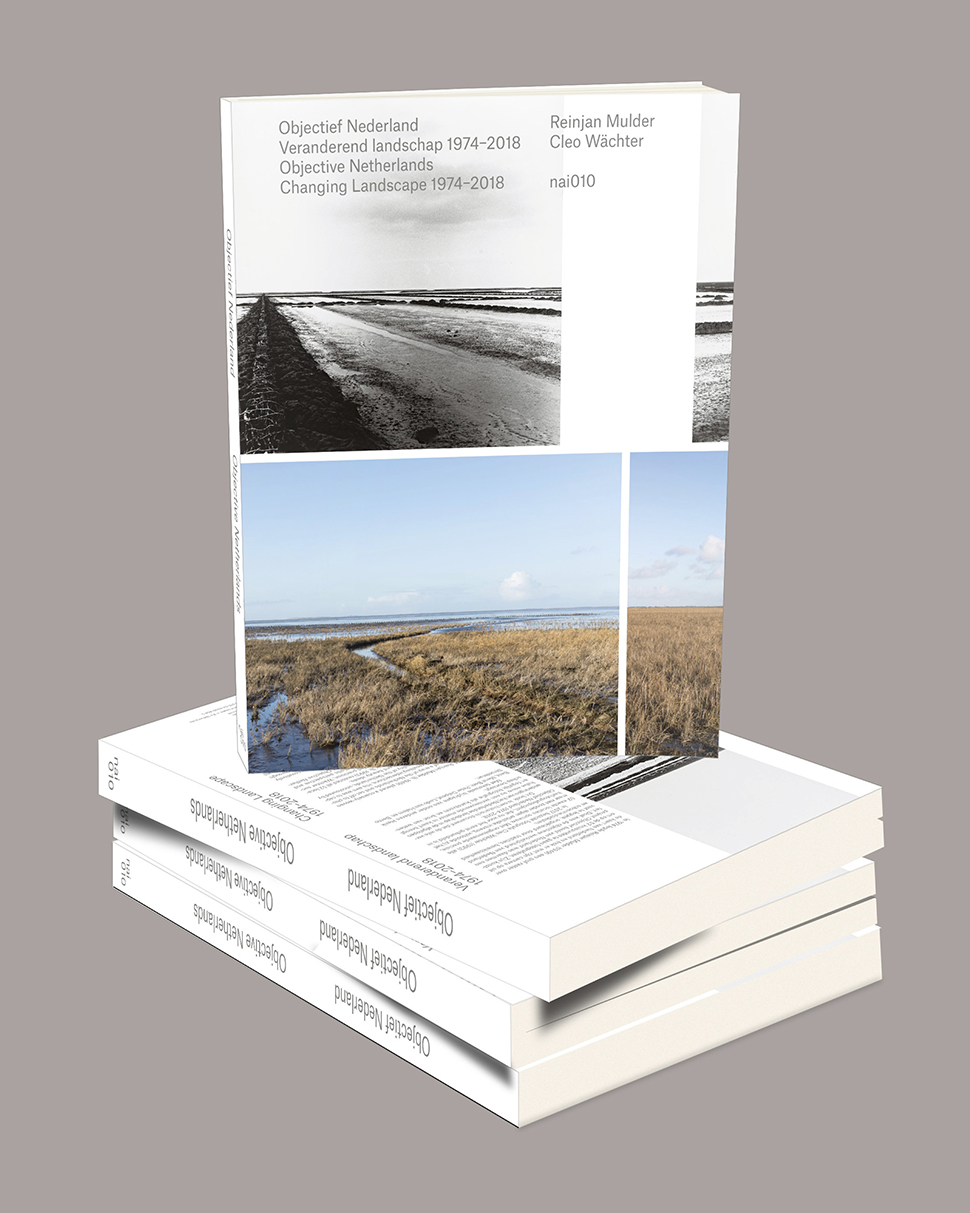 Reinjan Mulder is a writer, publisher, lawyer and fine artist. He studied law at the University of Amsterdam, but published already his first poetry at 20 in the well known literary magazine De Gids and received at 24 a photo-assignment from the Ministry of Culture. He wrote a novel, five non-fiction books and many articles on literature, philosophy and art in magazines and the daily newspapers NRC Handelsblad and De Volkskrant.
www.reinjanmulder.nl

Cleo Wächter graduated as a Documentary Photographer in 2015 at the Royal Academy of Arts in the Hague. In her work she mainly deals with landscapes and themes as science and culture history. In the past she has researched the meaning of the Anthropocene within the Netherlands. In 2016 she received the Dialogue stipend and published Autostop – Retracing routes. Among others, her images have been published or shown in Vrij Nederland, De Groene Amsterdammer and Stroom Den Haag.
www.cleowaechter.com

Our special thanks goes to everyone who made the project possible by
giving us permission to take photos and/or make all places accessible.
This website was commissioned by the The Board of Government Advisors
(english.collegevanrijksadviseurs.nl)